The American Health Care Act: What employers need to know

The American Health Care Act: What employers need to know

On May 4, 2017, the House of Representatives passed the American Health Care Act (AHCA) that, if enacted, would make significant changes to the health care provisions affecting employers under the Affordable Care Act (ACA). Although the AHCA changes have not yet become law – the Senate has yet to take up the AHCA and will likely make further changes – employers need to know what is in the AHCA in order to evaluate its potential impact if it becomes law (whether significantly revised or not).

This article provides a summary of key provisions of the AHCA of interest to employers of all sizes. Remember that these provisions have not yet become law and are likely to be significantly revised before final legislation is enacted. Employers should not rely on or make benefits decisions based on the AHCA as passed by the House of Representatives.

Repeal of small-employer tax credit: The tax credit for employers with fewer than 25 employees who help their employees pay for SHOP coverage would be repealed starting in 2020.

Repeal or delay of tax increases: The AHCA would repeal taxes and fees imposed under the ACA, other than the Cadillac plan tax, which would be delayed. There are various effective dates for the repeals, which are likely to change as the legislative process continues. Highlights include:

Employer reporting requirements to be simplified (but not eliminated yet): Currently, large employers subject to the employer penalties (employers with at least 50 full-time equivalent employees) are required to report offers of coverage during the year to full-time employees.

Employers with self-funded plans (whether small- or large-group) are also required to report information regarding all individuals covered under the plan during the year. This reporting is used to enforce the employer penalties, the individual mandate and eligibility for premium tax subsidies. With the repeal of the penalties and modification of the premium subsidies under the AHCA, reporting requirements will ultimately be simplified for employers. Under the AHCA, simplified reporting of offers of coverage would be included on employees’ federal W-2 form starting in 2020. It is unclear at this point what the impact will be for 2017 reporting.

Health savings account changes: Several significant HSA improvements would go into effect, including an increased contribution limit and a retroactive effective date for eligible expenses (up to 60 days after the HSA is established). 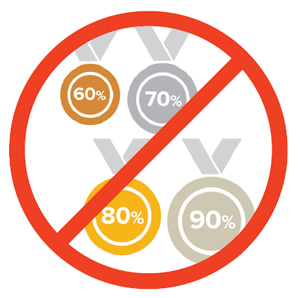 Modification of requirements for individual and fully insured small-group market plans: A number of requirements for individual and small-group market plans would be relaxed, including elimination of the metal tiers (bronze, silver, gold, platinum) starting in 2020; an increase in permitted age-rating from 3:1 to 5:1, with an option for states to obtain a waiver to allow a greater difference (starting in 2018); and allowing states to define what are considered to be required essential health benefits (starting in 2020).

The AHCA is still being debated. Aflac Federal Relations will be carefully monitoring the legislative process and will report further developments.

This article is not legal advice from Aflac or Alston & Bird. Employers should consult their own legal counsel for legal advice.