COLUMBUS, Ga., Nov. 15, 2021 /PRNewswire/ -- Aflac, a leading provider of supplemental insurance in the U.S., announced today that Aflac Chief Brand and Marketing Officer Shannon Watkins has been named one of AdWeek's Most Powerful Women in Sports for 2021. The recognition follows Watkins' effort to redefine fan experiences emerging from the pandemic and celebrate the comeback to game day, with a major focus on college football launching a new collaboration with ESPN's "College GameDay" in 2021, and, in particular, the inequities associated with historically Black colleges and universities (HBCUs). 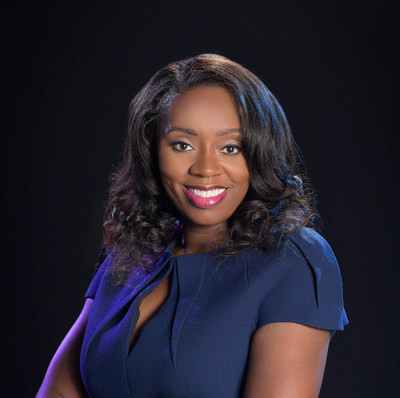 Since joining Aflac in 2018, Watkins has infused the brand's purpose into Aflac's sports sponsorships, allowing the company to authentically build consumer connections and usher a new way of thinking about brand partnerships. Through her driving focus on HBCUs, Watkins identified unique ways to leverage Aflac's rich marketing legacy, including the beloved Aflac Duck, educate hardworking Americans about health and wealth gaps, and show how Aflac products and services can help close those gaps when policyholders face the high cost of medical bills that their health insurance may not cover.

"We are immensely proud of the work Shannon and her team are doing and pleased she has been named to such a prestigious list," said Aflac U.S. President Teresa White. "Shannon's personal and professional commitment to standing in the gap between those who need greater support and the institutions that can provide it is a difference-maker in how people perceive Aflac as a company that truly cares. Aflac is making a difference due in great part to Shannon's vision on advancing our business with a particular concern for the diverse communities we represent."

Throughout the COVID-19 pandemic, Aflac's brand team has been a guiding light for the insurance industry and corporate entities. Rooted in the idea of hope and purpose, her innovative approach to reaching multiple audiences conveyed the value of Aflac. With a renewed focus on HBCUs and a new partnership with Pro Football Hall of Famer and Jackson State University head coach Deion Sanders, she reaffirmed Aflac's dedication to help close the gap for the HBCU community beyond college football.

Aflac has long celebrated collegiate sports through its iconic Aflac Trivia Moments, media buys, partnership with the SEC and relationship with Coach Nick Saban, one of the greatest college football coaches of all time, working alongside Coach Sanders.

"Shannon's surround-sound, integrated approach places Aflac at the forefront of the key issues that matter most to our customers, employees, communities and stakeholders. She is a leader in her profession, most deserving of this high honor from AdWeek and is having a true, positive impact on our business," White said.

In 2022, Watkins has her sights set on additional major moments in college sports: as an official partner of the NCAA®, focusing on both men's and women's basketball during March Madness.  Fans will be able to follow these activities across Aflac-owned social channels, mainstream television and experiential activations.

About Aflac Incorporated
Aflac Incorporated (NYSE: AFL) is a Fortune 500 company helping provide protection to more than 50 million people through its subsidiaries in Japan and the U.S., where it is a leading supplemental insurer, by paying cash fast when policyholders get sick or injured. For more than six decades, insurance policies of Aflac Incorporated's subsidiaries have given policyholders the opportunity to focus on recovery, not financial stress. Aflac Life Insurance Japan is the leading provider of medical and cancer insurance in Japan, where it insures 1 in 4 households. For 15 consecutive years, Aflac Incorporated has been recognized by Ethisphere as one of the World's Most Ethical Companies. In 2021, Fortune included Aflac Incorporated on its list of World's Most Admired Companies for the 20th time, and Bloomberg added Aflac Incorporated to its Gender-Equality Index, which tracks the financial performance of public companies committed to supporting gender equality through policy development, representation and transparency, for the second consecutive year. To find out how to get help with expenses health insurance doesn't cover, get to know us at Aflac.com or Aflac.com/Espanol.