COLUMBUS, Ga., March 11, 2021 /PRNewswire/ -- Aflac, a leading provider of supplemental insurance products in the U.S., is preparing for The Big Dance® with a bracket-busting campaign to connect with over 150 million passionate basketball fans who are missing the traditional March Madness experience. Developed in partnership with DDB New York, the campaign, which marks Aflac's first season as an Official Corporate Partner of the NCAA®, starts with a full-court press on Selection Sunday® and continues throughout the tournament.

"Just like Aflac's products and services help policyholders when they need it most, we want to be there for these super fans in a lighthearted and memorable way, while demonstrating how Aflac helps cover them on and off the court," said Teresa White, president of Aflac U.S.

"Top-tier sports is an advertising island in the flooded plain of video streaming, which is a key strategic reason why we are all-in with the NCAA and March Madness," said Shannon Watkins, senior vice president of Brand and Creative Services at Aflac. "As the advertising landscape continues to change, premier live sporting events continue to provide a direct connection, placing Aflac in the living rooms of engaged sports fans to communicate how our products and services can help them avoid the pain of a financial upset."

The cornerstone of the campaign is the Post-Pain Show, a faux sports news program featuring commentary from actor Rob Riggle, comedian Lil Rel Howery and the Aflac Duck. Since college basketball is a passion point for many consumers, together they will bring laughter to help soothe fans' pain at a time when many may not be able to enjoy the tournament in person with friends.

During Selection Sunday March 14, Aflac will launch the first of two spots from the Post-Pain Show, "Brace Yourself," on CBS. In addition to humorous hot takes, game replays and interviews, the trio will remind viewers that Aflac is here to help with expenses health insurance doesn't cover.

"People know Aflac, but they don't always know how we can help protect them and their families," said Valencia Mitchell, Aflac vice president of Brand Strategy, Insights and Advertising. "We want consumers to know that Aflac feels their pain and is there to help with 'the pain after the pain'  ̶̶  the expenses health insurance doesn't cover  ̶  as well as provide a little laughter, which can be good medicine."

The campaign will be supported on Aflac's social media platforms. Posts will offer real-time reactions and "pain recovery" support to fans who suffer March Madness losses. Aflac will also place digital banners on partner websites featuring "announcerisms," or basketball one-liners in the Post-Pain Show format. "Half Court Hurt," the second episode of the Post-Pain Show, will air during the First Four® on CBS March 18.

"College basketball fans are engaged and ready to enjoy March Madness," said Ellen Lucey, NCAA director of championships engagement. "Aflac will provide another way for fans to engage with the tournament and enjoy the excitement in a new way."

Devron Edwards, vice president of NCAA Partnerships at CBS Sports, said, "Aflac is one of the most recognized brands in the industry, and we are excited to add them as the newest Official Corporate Partner for NCAA championships." Chip Johnson, vice president of Partnership Strategy for College Sports at Turner Sports, added that "March Madness is a can't-miss cultural event every year, one that provides opportunities for Official Corporate Partners to create out-of-the-box, fan-driven activations. We look forward to supporting Aflac's efforts to delivering those experiences within the tournament for years to come."

About Aflac Incorporated
Aflac Incorporated (NYSE: AFL) is a Fortune 500 company helping provide protection to more than 50 million people through its subsidiaries in Japan and the U.S., where it is a leading supplemental insurer by paying cash fast when policyholders get sick or injured. For more than six decades, insurance policies of Aflac Incorporated's subsidiaries have given policyholders the opportunity to focus on recovery, not financial stress. Aflac Life Insurance Japan is the leading provider of medical and cancer insurance in Japan where it insures 1 in 4 households. For 15 consecutive years, Aflac Incorporated has been recognized by Ethisphere as one of the World's Most Ethical Companies. In 2021, Fortune included Aflac Incorporated on its list of World's Most Admired Companies for the 20th time, and Bloomberg added Aflac Incorporated to its Gender-Equality Index, which tracks the financial performance of public companies committed to supporting gender equality through policy development, representation and transparency, for the second consecutive year. To find out how to get help with expenses health insurance doesn't cover, get to know us at aflac.com.

About DDB
DDB Worldwide (www.ddb.com) is one of the world's largest and leading advertising and marketing networks. DDB has been named Agency of the Year numerous times by the Cannes International Festival of Creativity and the industry's leading advertising publications and awards shows. WARC has listed DDB as one of the Top 3 Global Networks for 13 of the last 16 years. The agency's clients include Unilever, Mars, Johnson & Johnson, and Molson Coors, among others. Founded in 1949, DDB is part of the Omnicom Group (NYSE) and consists of more than 200 offices in over 90 countries with its flagship office in New York.

About the NCAA®
The NCAA is a diverse association of more than 1,000 member colleges and universities that prioritize academics, well-being, and fairness to create greater opportunities for nearly half a million student-athletes each year. The NCAA provides a pathway to higher education and beyond for student-athletes pursuing academic goals and competing in NCAA sports. Visit ncaa.org and ncaa.com for more details about the association and the corporate partnerships that support the NCAA and its student-athletes. NCAA and March Madness are trademarks of the National Collegiate Athletic Association.

About CBS Sports
CBS Sports, a year-round leader in cross-platform sports coverage, broadcasts a portfolio of events on the CBS Television Network, including THE NFL ON CBS; college football, including the SEC ON CBS; college basketball, including the NCAA Division I Men's Basketball Championship; golf, including The Masters®, PGA Championship and PGA TOUR; soccer, including the UEFA Champions League and NWSL; and CBS SPORTS SPECTACULAR. In addition, the division includes CBS SPORTS NETWORK, the 24-hour cable home of CBS Sports which televises live sports programming throughout the year, including college football and basketball games, UEFA Champions League and Europa League action, as well as a full slate of original programming and studio coverage. CBS Sports also delivers an extensive lineup of soccer coverage on Paramount+, including every UEFA club competition match as the exclusive English-language home in the U.S., and produces INSIDE THE NFL for Paramount+. CBS Sports Digital's multi-platform offerings include CBSSports.com and the CBS Sports apps for mobile and connected TV devices; the 24/7 streaming sports news network CBS Sports HQ; 247Sports; MaxPreps; CBS Sports fantasy games; and SportsLine.

About Turner Sports
Turner Sports, a division of WarnerMedia, is an industry leader in the delivery of premium sports content across all platforms, widely recognized for its long-standing partnerships with the NBA, Major League Baseball and NCAA® Division I Men's Basketball Championship. The Turner Sports portfolio includes two of the most popular digital destinations for young sports fans in Bleacher Report and House of Highlights, along with the B/R Live streaming platform and ELEAGUE, a leading gaming and esports entertainment brand. Turner Sports co-manages NBA Digital – comprised of NBA TV, NBA.com, NBA LEAGUE Pass, the NBA App and NBAGLEAGUE.com – as well as NCAA.com and the NCAA March Madness Live suite of products. 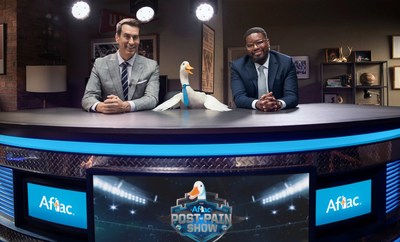