COLUMBUS, Ga., Feb. 1, 2022 /PRNewswire/ -- Aflac, a leading provider of supplemental insurance in the U.S., announced that Aflac U.S. President Teresa White was recognized as a 2022 Influential Leader by the prestigious Association to Advance Collegiate Schools of Business International (AACSB), the world's largest business education alliance. White was nominated for this distinction by her alma mater Troy University's Sorrell College of Business, where she earned her master's degree in management.

Now in its seventh year, the Influential Leaders initiative honors notable alumni from AACSB-accredited business schools whose inspiring work serve as a model for the next generation of business leaders. This year's class represents 27 champions of diversity and inclusion.

"Influential leaders like Teresa create a lasting impact on business and society by advocating for and driving innovative change, and her business credentials only scratch the surface of who she is as both a person and a leader," said Aflac Chairman and CEO Dan Amos. "The secret to Teresa's success is her genuine care and concern for others, and this recognition is a testament to her admirable track record in driving innovation and growth while maintaining Aflac's reputation as a champion for diversity, inclusion and fairness. Teresa's unwavering commitment to caring on purpose helps make her the exceptional woman she is and Aflac the industry leader that we are."

Aflac's workforce comprises 66% women and nearly 50% people of color, 64% of Board of Directors are people of color or women, and women hold more than 30% of leadership positions, assistant manager or higher, at Aflac Japan. Making a difference when it matters permeates throughout the company with 72% of Aflac's philanthropic expenditures in 2021 earmarked toward underserved populations, including a $600 million investment to finance affordable housing.

"Teresa White's achievements and influential leadership show us there are many ways to elevate the voices and perspectives of all. She inspires us to listen, learn, and act with authenticity and courage," said Caryn Beck-Dudley, AACSB president and CEO. "It is a privilege to amplify her efforts and the entire 2022 Class of Influential Leaders."

The 2022 honorees include advocates across businesses, nonprofits, academia, and governments who are educating and empowering others to create welcoming, inclusive spaces for all. Together, they represent one facet of business education's efforts to elevate diversity, equity, inclusion, and belonging (DEIB) in the workforce and society—a key feature of AACSB's 2020 business accreditation standards and the focus of a recently released positioning paper. The paper illustrates AACSB's commitment to equitable access to high-quality business education globally and calls on the business education community to embed the tenets of DEIB into its strategies and cultures.

The unique stories of each honoree, and how they are creating meaningful, lasting impact in the world, are available at aacsb.edu/influential-leaders.

About Aflac Incorporated
Aflac Incorporated (NYSE: AFL) is a Fortune 500 company helping provide protection to more than 50 million people through its subsidiaries in Japan and the U.S., where it is a leading supplemental insurer by paying cash fast when policyholders get sick or injured. For more than six decades, insurance policies of Aflac Incorporated's subsidiaries have given policyholders the opportunity to focus on recovery, not financial stress. In the U.S., Aflac is the number one provider of voluntary/worksite insurance products. Aflac Life Insurance Japan is the leading provider of medical and cancer insurance in Japan, where it insures 1 in 4 households. In 2021, Aflac Incorporated was proud to be included as one of the World's Most Ethical Companies by Ethisphere for the 15th consecutive year, Fortune's list of World's Most Admired Companies for the 20th time, Bloomberg's Gender-Equality Index for the third consecutive year, and in the Dow Jones Sustainability North America Index. In 2021, Aflac Incorporated also became a signatory of the Principles for Responsible Investment (PRI). To find out how to get help with expenses health insurance doesn't cover, get to know us at aflac.com or aflac.com/espanol. Investors may learn more about Aflac Incorporated and its commitment to ESG and social responsibility at investors.aflac.com under "Sustainability."

About AACSB
Established in 1916, AACSB is the world's largest business education alliance, connecting educators, learners, and business to create the next generation of great leaders. With a presence in more than 100 countries and territories, AACSB fosters engagement, accelerates innovation, and amplifies impact in business education. Learn how AACSB is transforming business education for a better society at aacsb.edu. 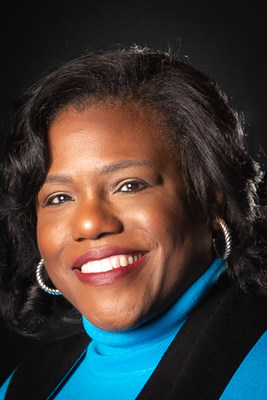